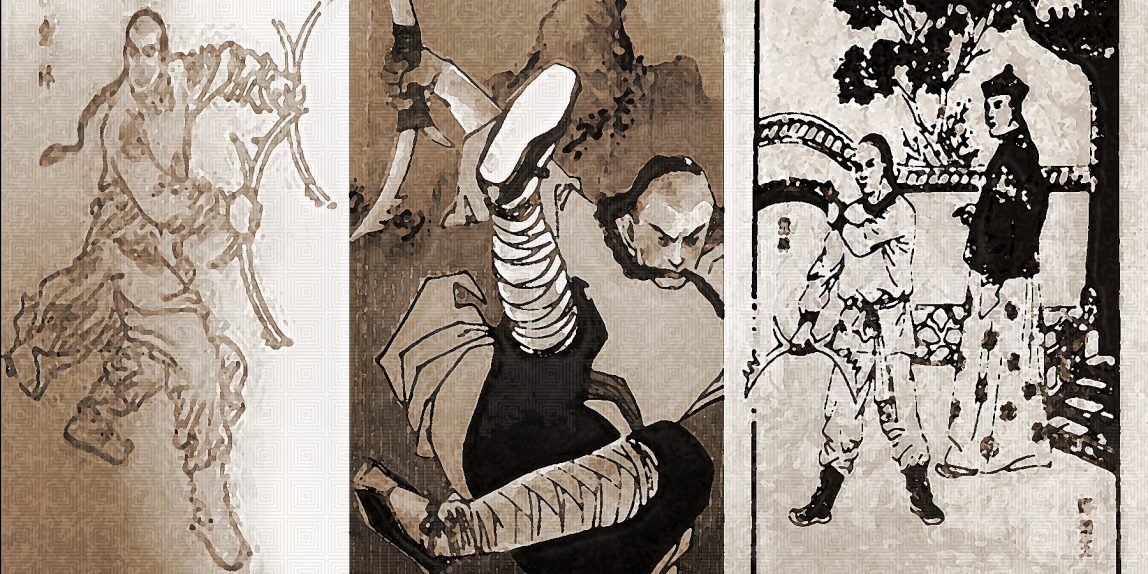 [Pics from Tong Lin Chuan novel- the Shaolin influence is obvious]  The legendary story of Dong Haichuan’s Opera-Fu exploits originated from the martial arts novel “雍正剑侠图” in the early 1920s.  This instant classic has the most extensive influence on Baguazhang folk tradition in the Republic of China era. The author Chang Jieyi used Dong Haichuan as a prototype to create the character Tong Lin, which has brought a magical and fantastic context to Dong Haichuan’s life and the origin of the Eight Diagrams Palm.  The magical fallacies from this world of FICTION continue to this day in countless Baguazhang schools, including the Deerhorn Knife and an arsenal of Peking Opera weapons…  Now back to base reality, Dong Haichuan was originally named Dong Mingkui, a native of Zhujiawu Village, Wen’an County, Hebei Province in the Qing Dynasty. The Factual Dong family lived in Hongdong County in Shanxi Province. The ancestors of Dong Haichuan were the generals of the Yuan Dynasty. They served as the deputy marshal of the general of Long Huwei. Dong’s ancestors moved to the city of Hebei in the early years of the Ming Dynasty. The descendants of their descendants were military commanders for five consecutive generations.  According to Wen’an Wenshi data and Xiongxian County records, many people in the Dong Haichuan family are military commanders and FEUDAL SHAOLIN PROFESSIONALS.