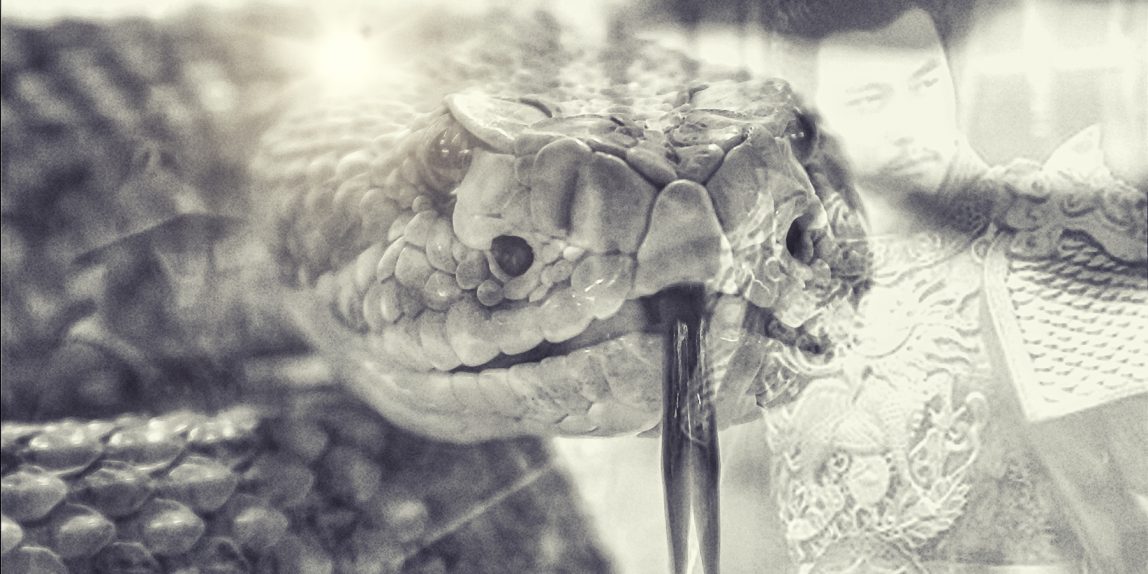 Te fluid and adaptive strikes of the snake entwines and devastates an opponent’s defense. In contemporary times, the serpent strategy resides in Shaolin methods of Baguazhang, Bajiquan, and Taijiquan. Armored Shaolin monks in the Ming Era defended empires, using the Long Snake Formation in battle. Feudal body methods/ close-in fighting of Bajiquan are often characterized as snake-like. Great stories exist of ancient masters observing fights between birds and snakes in the synthesis of Taijiquan. Moreover, both disciples of Dong Haichuan are characterized by snake attributes in one way or another… Be that as it may, the King of Snakes is no other than Ming General Qi Jiguang- who fought with REAL snakes during combat. In the year 1561, Qi Jiguang and 500 soldiers of the Qi family (also known as Yiwu soldiers) were stationed in Taocheng City, with the mission to eradicate invading pirates. Thousands of pirates sieged the capital city on a regular basis, causing much fear and disruption among its citizens. In response, Qi Jiguang strictly ordered the sergeant to strengthen the garrison and upon inspection of the city walls, discovered many slithering beasts in the area. During the summer months in Zhejiang, snakes were frequent… and there were many venomous snakes, especially a specie of brown viperous snake. Qi and soldiers devised a plan offering brocade boxes of gold with heavy cloth bags of silver (concealing pissed-off snakes) to the pirates. Later upon taking the bait, the savage snakes entangled and bit the limbs of the pirates, ending many of them on the spot while scrambling others. Even more masterful, Qi Jiguang and troops stormed the retreating looters out of the city, attacking them with graceful martial artistry, cannons, and spears. After some fighting, hundreds of pirates were without lifeforce, including the unethical leader who was beheaded by Qi Jiguang.