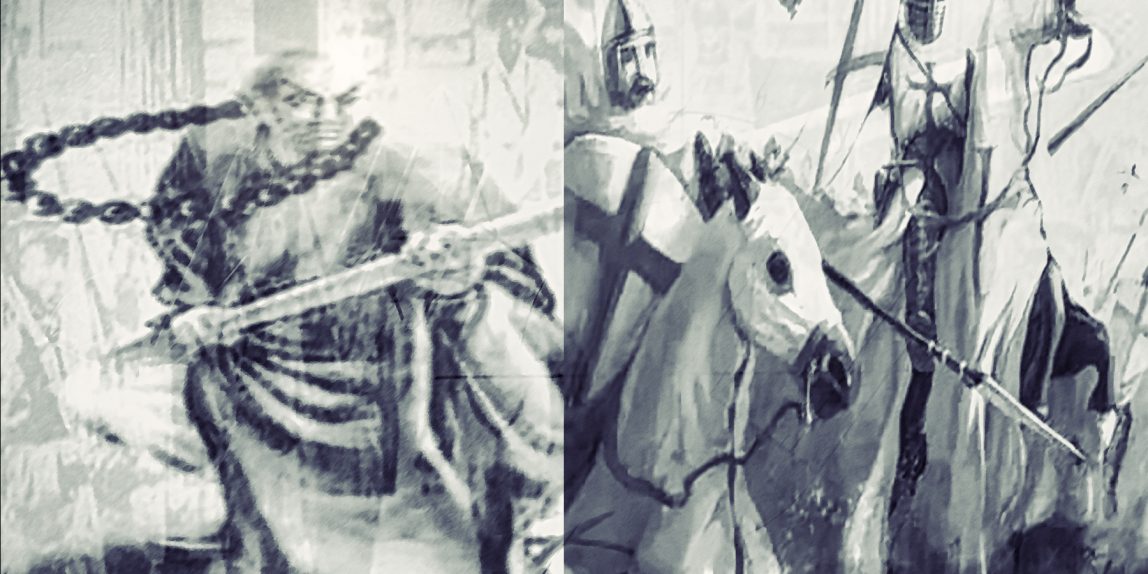 Shaolin martial disciplines are renown as the core of Chinese Kungfu, and in stark contrast to popular understanding- its reputation is earned through centuries-old history in the professional military forces.  As a general comparison, the Templar Knights in the West are equivalent in nature to the Shaolin monks and soldiers of the feudal era. Shaolin military history commenced in the Northern Wei Dynasty and became solidified during the Ming Dynasty (in the era of Qi Jiguang). Buddhist temples consisted of vast sanctuary properties since the beginning and were often the target of bandits or rogue warlords. Therefore, independent monks and soldiers were armed to defend the holy grounds, forming Shaolin into a combat system. Even until the 1920s, Shaolin Temple Guard Regiments remained protectors of sacred land, victorious in countless battles yet suffering great tragedies. The Templars are routinely referred to as ‘warrior monks’ characterized by white robes painted with red crosses, the holy knights of the Middle Ages. The Knight Templars prevailed as the most combative group of crusaders, evolving from a monastic order.