Pre-dating the Chinese Commission for Physical Culture and Sports reform, the original teachings of Chen Wangting have Ming Dynasty military roots in feudal times, integrated with a holistic philosophy towards fighting.  Feudal Chen Taijiquan (Gongfu Jia) is clearly distinct from the modern “gentle exercise” version. The approach is rooted in nuanced biomechanics & factual research. Beijing Gongfu Jia Taijiquan is much older in history than most commercial Taijiquan of today. The modern interpretation of Chen Tai Chi Chuan is adapted for mind-body, sports practice in 1928- the overall style of instruction was modified and standardized to stylistically blend with Yang Tai Chi due to its established popularity as a royal exercise. Differing from the mainstream view of Taijiquan’s passive and pure yielding nature, the original methods of military knights are more balanced in its approach. Now with the popularity of MMA fighter Xu Xiaodong, it is apparent the Tai Chi today is not what it once was. THE MODERN INTERPRETATION OF CHEN TAI CHI HAS UNDERGONE TWO WAVES OF SPORTS MODIFICATIONS. In 1928, Chen Fake (17th Generation) moved from Chen Village to teach Chen Tai Chi in Beijing. Chen Fake’s taijiquan retained the combative, urban aspects due to his experience in the militia. His expertise in defending Wenxian district from rebellion during the late Qing Dynasty- carried through into the “New Frame” Gongfu Jia Taijiquan system (the system is far more practical for empty-hand application), which later became popularized by his son, Chen Zhaokui.  The Lao Jia 74 posture routine is dominant in the Sword and Shield strategy of armored knights (feudal Chen utilized a two-handed sword grip or a single handgrip with a shield. Modern Chen Taijiquan sword routines with the two fingers are rooted in the early modern period Western fencing- not the Ming era).  Chen Fake’s Xin Jia 83 routine is Spear focused as primary and empty-hand secondary.  Chen Zhaokui’s Gongfu Jia framework is improved for contemporary self-defense, with much better tools for unarmed fighting and grappling. Gongfu Jia Taijiquan contains BAJIQUAN/short-range elements preserved from the Ming era, it is the system attributed to Chen Fake, further developed by Chen Zhaokui, and carried by Chen Zhaokui’s son, Chen Yu.

The Dantian is the energy center powerhouse in “Internal” Martial Art practitioners, located about three fingers width below the navel. Ancient Taiji practitioners coordinate breath with powerful rotations of the muscle groups surrounding the lower abdominal and kidney areas. This unique mind-intent connection heightens cognition and coordination with energy flow, as well as strengthening shields of muscles that protect the internal organs of the abdominal region. The Dantian muscles rotate methodically horizontally, vertically, and diagonally connecting every segment of the human body with the core. Evolved core strength is proven to have a significant effect on an athlete’s ability to create and transfer forces to the extremities. Feudal body mechanics are refined through centuries of practice- a sophisticated artifact in contemporary times.

“Nature does not hurry, yet everything is accomplished.” Lao Tzu

The system is centuries-old, encompassing equal parts of internal focus and Ming Dynasty military tactics- branching from the methodology of General Qi Jiguang in the mid 16th century. Modern science states, the spiral form of the skeletal musculature is a universal regularity for the human being and for all vertebrata. Feudal Tai Chi Chuan routines remain King for advancements in the micro and macro spiral arrangement of human architecture. The Chen Tai Chi routines specialize in historical “body skill” which develop distinct muscular control, utilizing spiraling force combined with integrated fighting and weapons. The Tai Chi motion patterns may train at a slower pace for precision (or heavy armor usage in ancient times) with muscular layering- emphasizing shocking power and explosive release of energy, coordinating movement, and torque of the entire body. The Chen Tai Chi framework develops the body as if it is steel wrapped in cotton, capable of adaptive flexibility and stopping power. Our organization cross-trains Wutan Bajiquan with Beijing Chen Taijiquan for a comprehensive understanding of Ming-era systems. 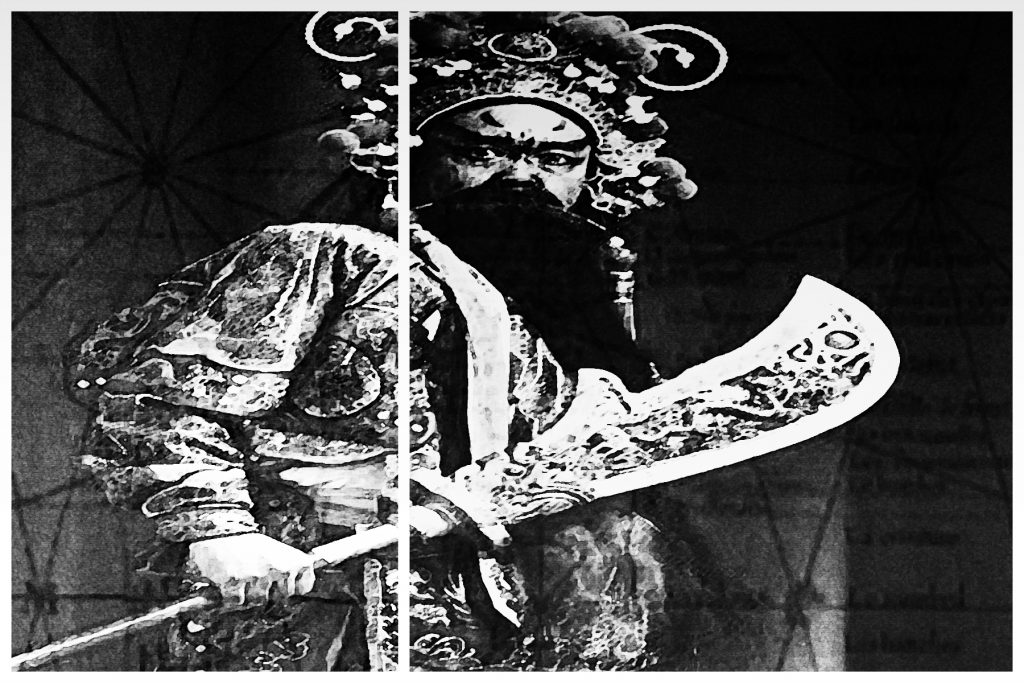 Taijiquan is a sophisticated system of physics, utilizing nuanced martial strategy and body mechanics. A reduction of exposures to repetitive high magnitude impacts and unnecessary duels- are of Tai Chi principle. This is a primary reason why feudal masters preferred to use well-crafted weapons with reach advantage and superior ballistic velocity. This is a simple, yet timeless ancient secret which preserves fight intelligence. “Even a single fighting-related injury resulted in a significant reduction in IQ over time even after controlling for age, race, sex, and changes in socioeconomic status (SES) over the study period.” PubMed  Taijiquan is renowned for its biomechanics of performance at micro and macro levels of engagement, it is scientific with very little ego involved. Taiji emphasizes technical concepts of rooting, moving, and following, sticking with an opponent/ spiraling every joint in the human body with battle tank-like control. The ancient classics describe Taijiquan as an art capable of deflecting thousand pounds of force with four ounces of strength, through the understanding of complex internal mechanics, feudal psychology, and practical modern weaponry.