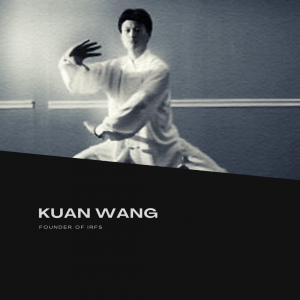 The system reunites feudal Northern Shaolin systems descending from Qi Jiguang and Yu Dayou- which were separated through modernization. The foundation includes Yin Style Baguazhang, Cheng Baguazhang, Gongfu Jia Chen Taijiquan, and Wutan Bajiquan. IRFS is a raw Feudal Martial Arts academic studies organization with a passion for biomechanical advantage in human fight performance and motion. All systems instructed feature rounded structural physics of the human framework. The spiral twisting of the muscles is the most optimal for ensuring variability of movements in combat, or when avoiding it. Feudal martial arts benefit survival instincts and physical function of a human being honed through hardships of ancient dynasties. The sophisticated and scientific body mechanics are still practical for all walks of life.

FEUDAL BAGUAZHANG:  The original teachings of Dong Haichuan utilize an urban approach, integrated with a holistic philosophy towards fighting.  The "internal" biomechanics exist in the feudal era, however, the psychology and context are similar to Sun Tzu's Art of War- achieving victory through flexibility/ strategy, winning the fight with minimal force (integrated fighting and weapon transition with a strong emphasis on overall physical fitness). Yin/ Cheng Baguazhang: Baguazhang is shared between DHC's two primary disciples, Yin Fu, and Cheng Ting Hua. The only difference besides aesthetics is the psychology of approach to one's environment & weapons/ martial application available or relevant to the individual's profession... Yin Fu and Cheng Ting Hua were both wrestlers and bodyguards. Cheng Ting Hua's original Baguazhang is a subsystem of Yin Fu's- the methods are fundamentally polearm strategy of the Imperial Guards Brigade (the Expert in Wrestling Unit), with use of empty-hand strikes and close-in grappling to complement. Yin Fu's system is revered for its butch, yet geometrically intelligent footwork patterns- consisting of four-point dynamic positioning within the circle, ideal for observing and fighting equally in four directions during conflict. As a side note, the Yin Style Bagua methodologies are an integrated part of modern combatives branching from “The Fairbairn Method” of William E. Fairbairn. Feudal Chen Taijiquan (Beijing Gongfu Jia) is characterized as a sophisticated martial art, utilizing nuanced martial strategy and body mechanics, integrated with complex, multi-segmental movements at the micro and macro levels. The martial strategy of Chen Taijiquan is refined- enhancing natural physics using the leverage of joints and bone structure, coordinated with distinct psychology. The ancients incorporated mechanical advantage thoroughly into the design of ancient Tai Chi knights- therefore this earlier Tai Chi methodology is unlike the version in the Tai Chi vs MMA spectacles. Feudal Chen Taijiquan is labeled as Chen Longfist/ Cannonfist- influenced greatly by Taizu Changquan. The motion patterns and footwork of Chen Taijiquan before the 1920s are more dynamic, with agile footwork contrary to the flat-footed modern style. Ancient Taijiquan flows the power and transitions with a tempo, varying greatly from the post-1928 slow-qigong version.  Bajiquan is revered for its fierce boxing and respected practicality. Liu Yun Qiao is the founder of Wutan Bajiquan Organization in Taiwan. Liu served as a secret agent for the nationalist Kuomintang and instructor of Chiang Kai Shek’s bodyguards. Bajiquan was originally called Bazi Quan or “Palladium Fist” because the fists, held loosely and slightly open, are used to strike downwards in a rake-like fashion- attributed to stickfighting origins. Bajiquan shares ancestry with Beijing Chen Tai Chi Chuan, descending from late Ming Era, Qi Jiguang treatise. 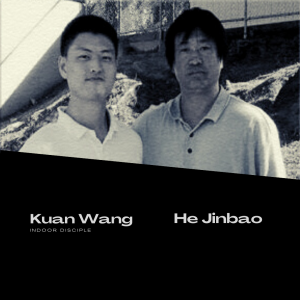 About the Instructor & Organization:

Kuan Wang is the Founder of Imperial Renaissance Fighting Systems and IRFS Films, a USA-based virtual studio with a passion for historical animated features and live-action storytelling. Kuan founded the Qi Jiguang/ Feudal Arts Research Organization in Austin, Texas, drawing from different combat disciplines of Shaolin styles. Kuan Wu has trained internationally, under the mentorship of many prestigious individuals throughout the years, and is an indoor disciple and private student of He Jinbao: Chen Tai Chi including Chen Yu and Chen Qingzhou. Kuan is influenced by military physicians in his family with occupations in the Taiwan Armed Forces, some notably were practitioners of Shaolin and Bajiquan. His grandfather served as a senior military officer under Chiang Kai Shek, during WWII. Ma Long is a Wutan Bajiquan uncle of Kuan’s and an old mentor in Beijing. Kuan is privileged to have networked with prominent figures in the martial arts community, including Shaolin 31st Generation monk Shi De Shan and Jet Li’s coach, Li Junfeng. ≡IRFS Martial is a private, and independent organization with a biomechanical approach to the Fairbairn/medieval systems of Baguazhang and Northern Shaolin. IRFS is established under the guidance of Kuan Wang's Teachers, including He Jinbao, the Lineage Carrier for Yin Style Baguazhang of the Men Baozhen/Xie Peiqi branch. Imperial Renaissance Fighting System is Not affiliated with the public workshop tour organization Yin Style Bagua Hand To Hand Combatives.≡

“The value of a man resides in what he gives and not in what he is capable of receiving.” -Albert Einstein  It is somewhat disheartening to diligently practice Internal Martial Arts in the 21stcentury… while visualizing completely fictional imagery of ancient masters during a workout session. (Note: reformed by the Chinese Commission for Physical Culture and Sports). Support our efforts in feudal Internal Martial Arts preservation- we can't do this alone.  Donations will benefit future research and restoration, promotions, film projects>>>   Paypal:   kuan@baguakungfu.com 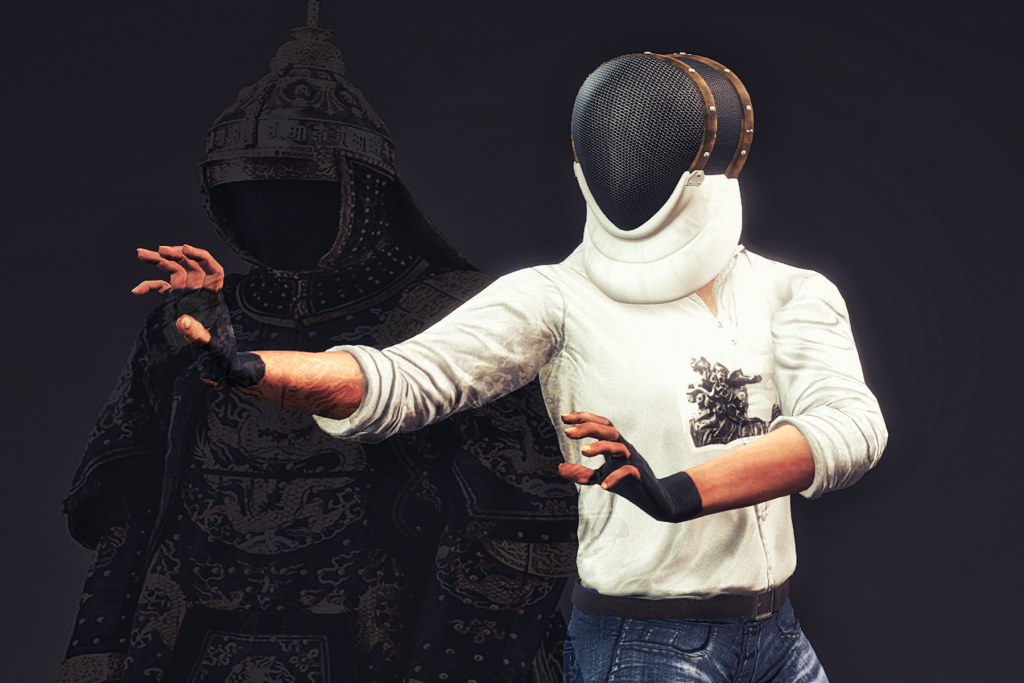 "Internal biomechanics are traditionally instructed on a one on one basis, or in small groups. This allows customization and isolation to the practitioner's learning curves. "