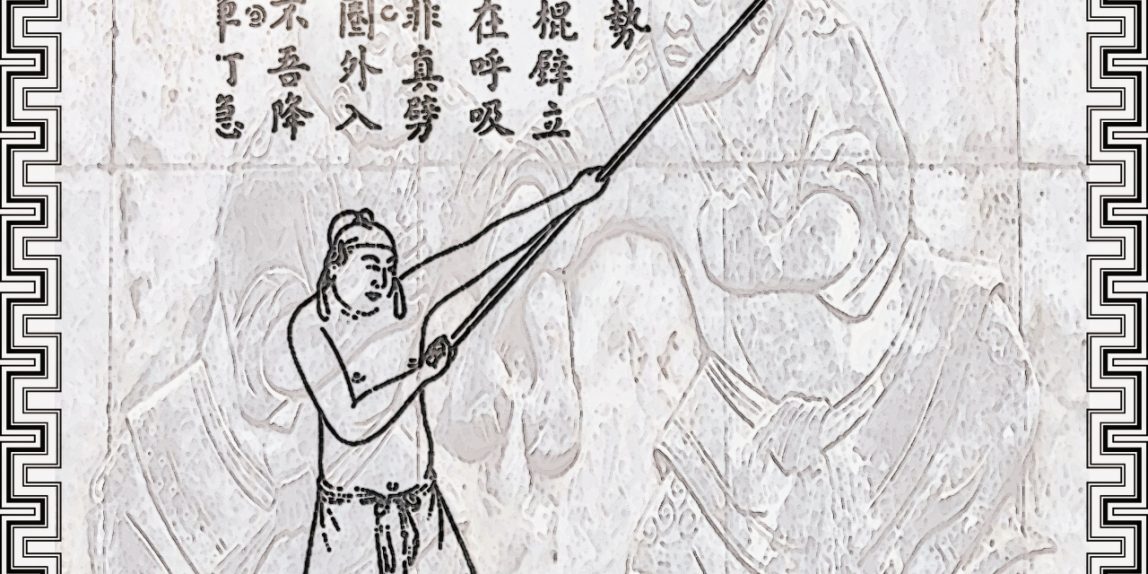 The Shaolin Stick Method is the foundation for Cheng Style Baguazhang and certain categories in Yin Style [Silky Pudao or Dragon Capturing, which is cudgel methods- it’s not empty-hand as commonly presented].  The Shaolin Stick descends from the Ming Dynasty- the stick is interchangeable with polearms ranging from pudao to tigerfork. A short polearm (around the height of the person wielding it) is more focused on melee-fu for foot soldiers or militia. Cheng Ting Hua would possibly use a cudgel or tigerfork for city security and a pudao/ spear for militia duties if required. The Shaolin long staff is commonly represented by the Dragon in ancient literature. It is said that the stick has the unique skills of being flexible and changeable, with the skills of the vertical and horizontal forces. The use of the force must be soft and silky during the transition of the stick method. The force must be smooth- described in ancient treatise as Moving with the Force.  The mysterious secrets of Dong Haichuan’s Single, Double, and Moving with the Force Palms are foundationally FEUDAL SHAOLIN POLEARM [priceless artifact near extinction in modern times].