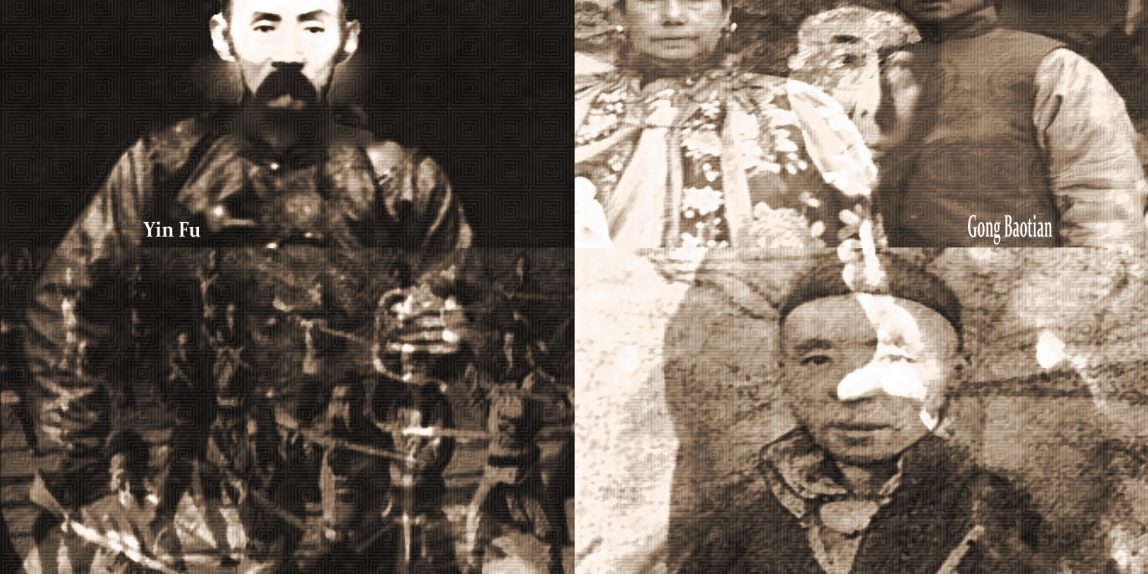 Gong Baotian/ disciple of Yin Fu is renown as the prototype for “Master Gong Yutian” in the GRANDMASTER Motion Picture- Gong Baotian may be among the most popular Yin Style Baguazhang icons in the Republic of China era. Modern Baguazhang schools generally make no distinction between Yin Fu’s students or provide a factual explanation of why methods of training, weapons, routines- differ so much between branches which exist today. Feudal Academia reveals the difference is simply divisions/ranks in occupation and time.  Gong Baotian achieved the Imperial Guard status and General Manager of the Four Products- which is Second Rank Sword Guard. Yin Fu is First Rank Imperial Guard and Commander, selected from the upper three flags of the banner system. The separate divisions of just one rank are substantial in regards to martial style, weapons, footwork, context. General Managers of the Four Products have more restrictions on firearms and remain unarmed in close quarters with the Empress.  The Spear or Halberd is often utilized during inner palace duty, in conjunction with the military saber when appropriate. As a Han Chinese First Rank Guard under Manchu Rule, Yin Fu’s standards and military privileges are on a different level from Gong Baotian- unparalleled in Napoleonic tactics and feudal Shaolin. Yin Fu is the Three Products Commander, therefore Yin Fu’s Chief System contains polearm/Luohan methods of the second rank, as well as techniques reserved for the most elite.