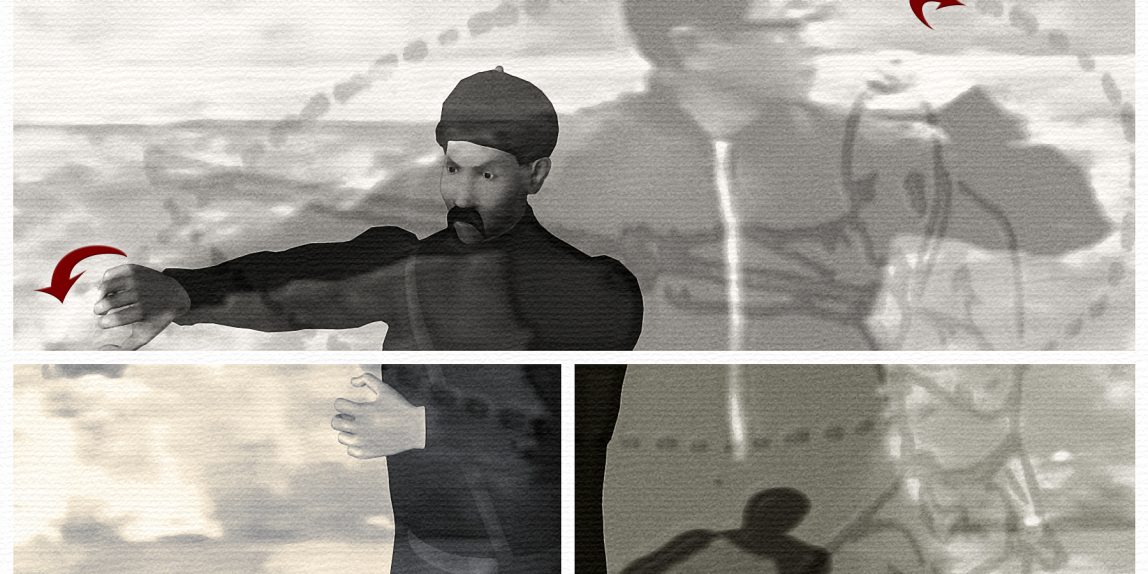 The method of clenching fists in Bajiquan is unlike standard boxing in origin. The four-finger curves and hollows, in a shape similar to a “palladium” or fork-like instrument. The ancients named it “Palladium Fist/Baziquan” during the Ming Dynasty. The system excels in close-in boxing, stick melee/polearm applications and shares technology similar to Yin Style Baguazhang (Phoenix Curling-In) and Escrima (Snapping Strikes). The fist hollows and clenches in intervals, or with a whip-like fashion before impact- designed for speed, rapid succession, and delivery of power with polearms or batons.