Raw feudal weaponry and tactics are often underappreciated in modern kungfu culture- stemming from the rise of unarmed pugilistic sports (borrowed from the West) and Peking Opera interpretation of history (further standardized by the Chinese State Commission for Physical Culture and Sports). Historical weapons melee is hidden in the empty-hand routines of lineages, remaining virtually unexplored in most kungfu schools… Aside from lost of ancient knowledge or a practical concealed carry point of view, ancient weapons benefit the biomechanic framework of an athlete- enhancing empty-hand boxing in the absence of the instrument. As an example, the sledgehammer and tire are popular conditioning tools amongst fighters in modern combat sports. Sledgehammer training will undoubtedly improve an athlete’s ability to maintain explosive power, improve grip strength, develop core control, and enhance alignment. A Chinese Halberd descending from the warring kingdoms will do just fine in the modern era. 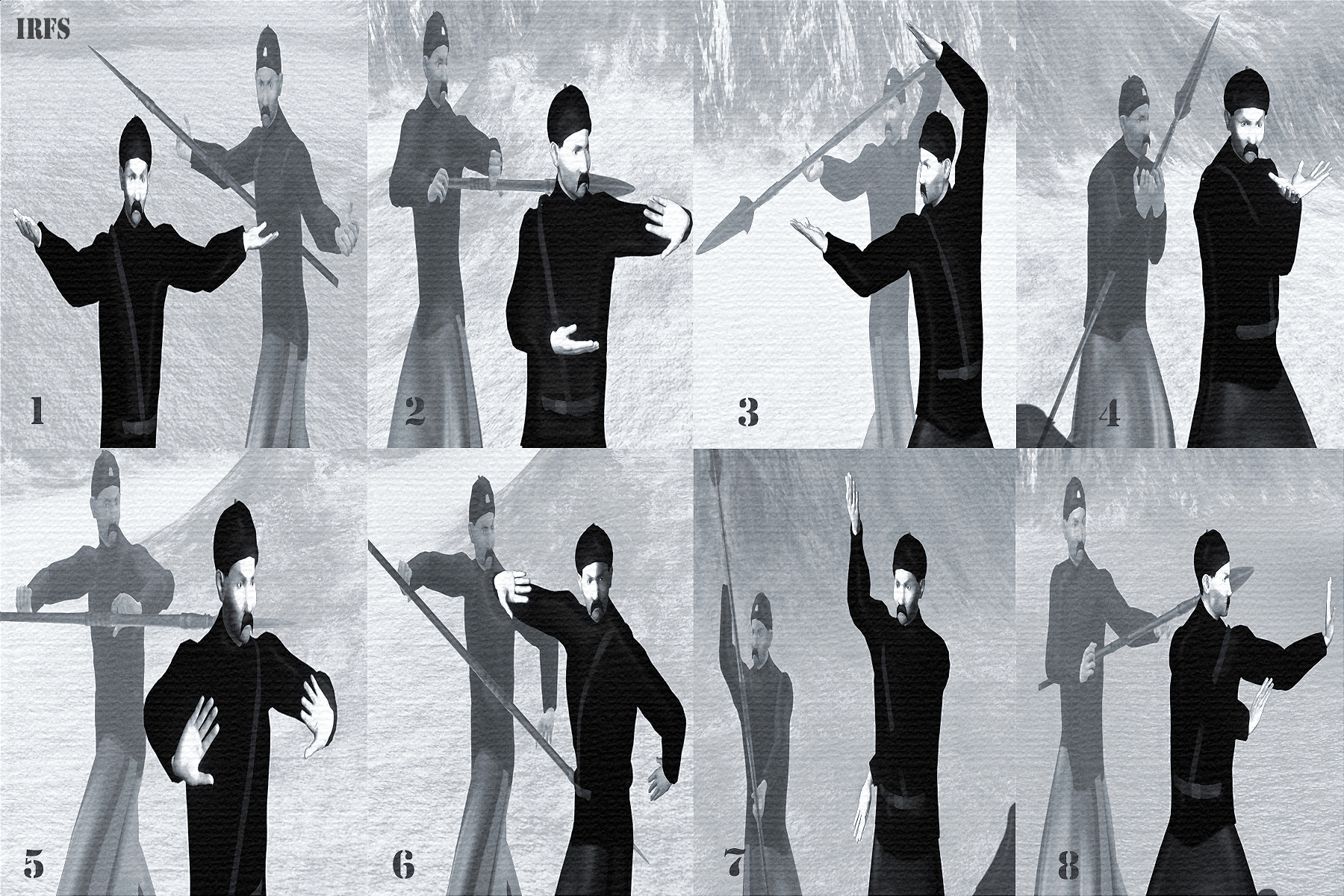 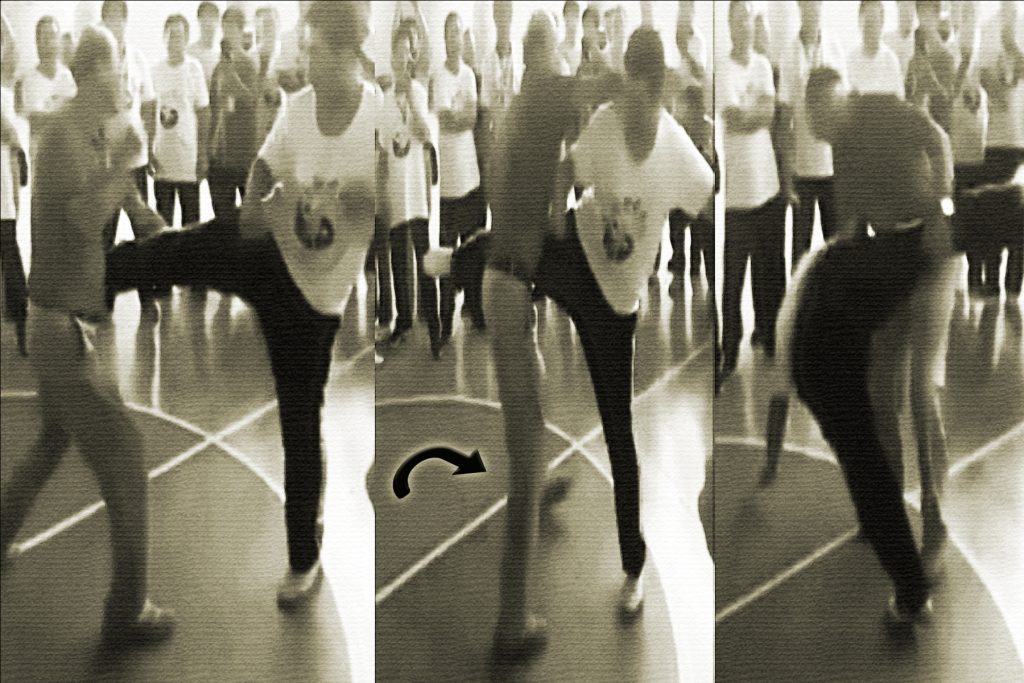 In any era, self-defense requires standards and context relevant to its environment. Feudal Baguazhang strategies nowadays are often adapted for combat sports, fitness, or holistic routes in training, to cater to the modern man.  For instance, ancient polearms/ instruments are adapted for body alignment/strength conditioning, to benefit the everyday person. Unarmed techniques are now used in conjunction with compact carry weapons of the 21st century. Mei Huizhi is a pioneer of Sanda sport in China, while remaining a dedicated practitioner of old school Baguazhang. He has integrated principals of Bagua footwork and grappling into Chinese Sanda and MMA.

[Imperial Guard examination & Chang Dongsheng with a nice chin jab]   Most Baguazhang lineages today use large oversized instruments such as the giant saber, for strength conditioning purposes. The foundation for this tradition descends from feudal wrestling battalions. Yin Fu and Cheng Ting Hua were both wrestlers. 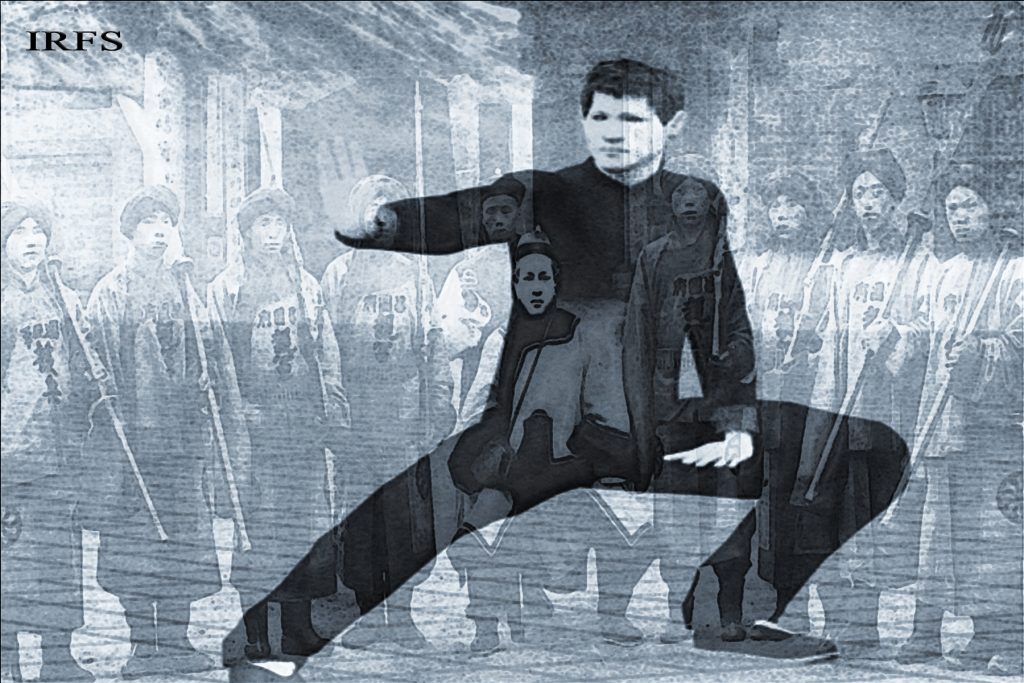 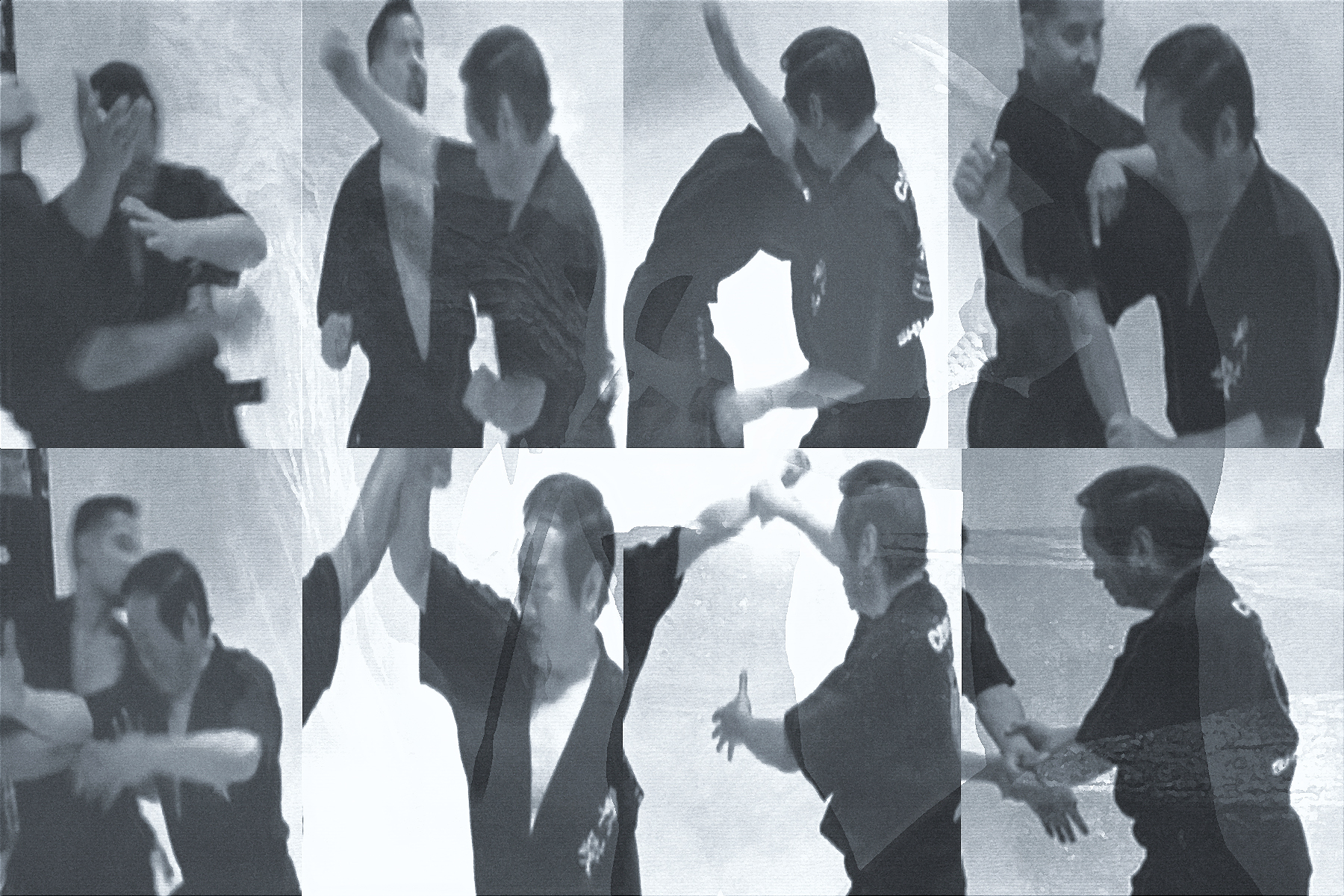 Scholars reveal Cheng Ting Hua became a qualified candidate in the Court Bodyguards of the Empress Dowager… quite possibly the Qing Wrestling Batallion or, the Good Camp. The inner guards (Yin Fu) and the good-fighting camp are directly under the jurisdiction of the emperor and have the obligation to serve as guards. There are about 2,000 people in the inner guards, and there are only 300 people in the camp. Regardless of Cheng’s official position, he is not a folk martial art master- but a professional with urban strategy.