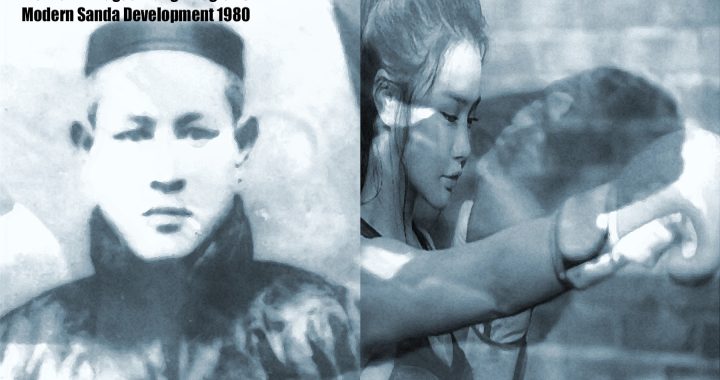 Sanda Academies in China are the foundation for the majority of Chinese MMA fighters- the modern debate of “Traditional” vs modern combat sports is often out of context, lacking proper historical knowledge. Modern Sanda development in the late 20th century is primarily feudal Shaolin legwork, Baguazhang wrestling, with western Boxing fusion. Before the ’80s, the leg method in Sanda boxing system does not have a high kick, and is still similar to the low-line leg method inherent during/before the Republic of China. The Sanda wrestling techniques at that time were extracted from Baguazhang- efforts due to Cheng Style Baguazhang practitioner and Sanda pioneer, Mei Huizhi.